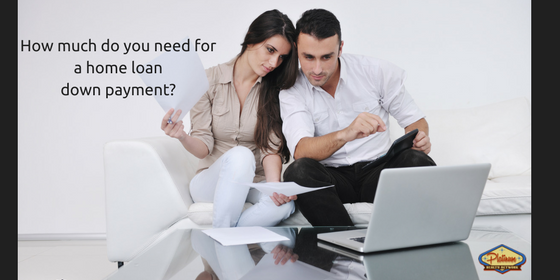 Saving for a down payment often represents the biggest hurdle for first-time home buyers. In December, 25% of buyers on realtor.com® who were looking to purchase their first home said a key factor holding them back was lacking funds for a down payment. No matter how you cut it, it represents a big chunk of cash. But here’s the thing: It doesn’t always need to be quite so big as most think.

Many first-time buyers don’t realize that it doesn’t necessarily take 20% down to purchase a home.

Indeed, the average down payment in the U.S. on mortgages used to purchase a home was 11%, according to our analysis of loan records from Optimal Blue, an enterprise lending software company.

As with many stats, that 11% average hides lots of variation across loan types and locations. And for some buyers, it may even take more than 20% to buy a home.

Borrowers with jumbo mortgages had to put the highest percentage down, with an average of 23%. Conforming mortgages averaged 18% in 2016. On the other hand, government-backed FHA, VA, and USDA mortgages featured average down payments of 4.8%, 2.2%, and 0.4%, respectively. These government programs are meant to open up more pathways to homeownership for first-time buyers, veterans, and heads of households in rural areas.

Where you live or are thinking of living can also dramatically affect what it takes to get a mortgage. Higher-cost markets don’t just have higher-priced homes; they also have buyers with higher down payments. Lower-cost markets are just the opposite.

Higher-cost markets tend to have higher down-payment percentages because those more expensive homes are less likely to be covered by low down-payment loans.

Cutting to the chase: Without a higher down payment, the monthly payment simply ends up being too high to afford in an expensive market. Got that? This is why borrowers in high-cost areas have little choice but to put a higher percentage down on top of paying a much higher price.

That’s why, regardless of income levels, it’s so much harder for first-time buyers in high-cost areas.  And homeownership rates, especially for younger households, take a hit.

Let’s dive into some specifics so that it is easier to understand the financial differences.

The variances get more extreme as we get more local.

Buyers in San Francisco County put down an average of more than $326,000 on homes purchased in 2016, which represented an average down payment of 29.9%.

In Manhattan, buyers shelled out an average down payment of (gulp) 30.2%, but because the average purchase price was slightly less than San Francisco, the dollar amount of the down payment was a more modest $219,000.

In more rural counties in the South and Midwest, average down payments can be closer to 3% and often amount to $5,000 or less. For example, in Tennessee’s Tipton County, an outer suburban county of Memphis, the average down payment was just over $3,500. The average price of a home purchased with a mortgage in 2016 was just under $138,000.

In Tipton, more than 80% of the mortgages were FHA, VA, or USDA.

So the whole etched-in-stone notion of 20% down payment or bust? Well, it all depends on how you look at it. And where.

Original article “Think You Need to Save 20% for a Down Payment? Think Again” posted here

Now that you have the facts on down payments, you may be more eager to find the perfect home sooner. The professionals at Platinum Realty are here to help.  Put yourself in the hands of our concierge style real estate services and let us handle the legwork. Give us a call and tell us what you are looking for. We are here to help.

Get your Free market analysis here